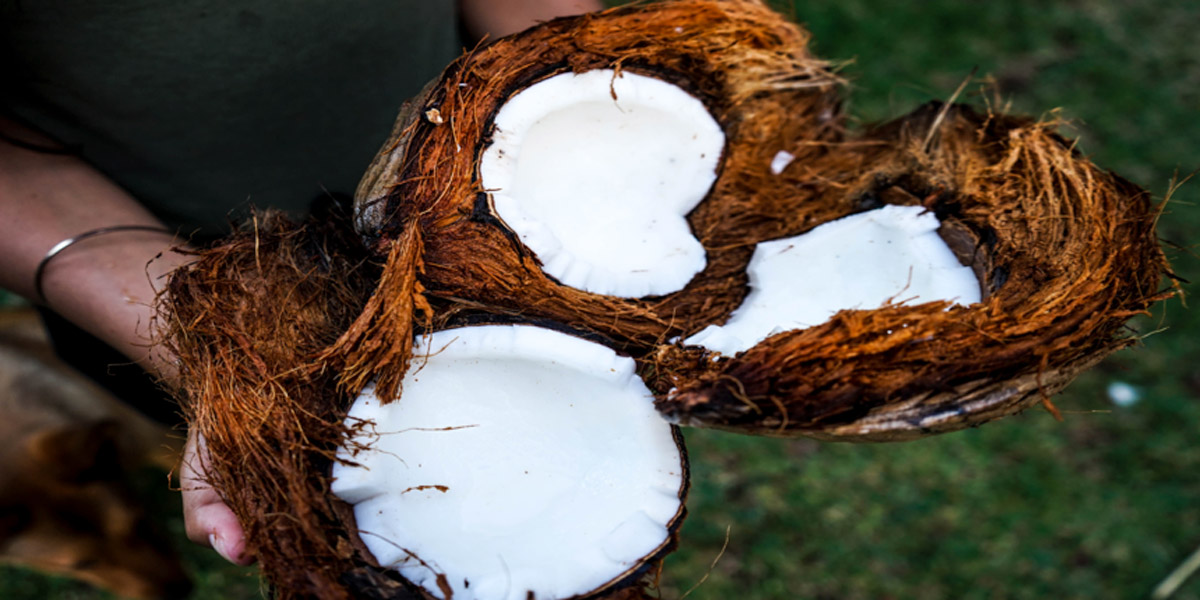 I was outraged by the recent news headline that Coconut Oil had been declared “Pure Poison” by Harvard Professor Dr. Karin Michels’, so much so that it inspired me to start a blog.

So let’s start with the recent “Pure Poison” headline aimed at coconut oil.

Dr Karin Michels based her warning on her belief that the high proportion of saturated fat in coconut oil is a contributor to the risk of cardiovascular disease. She states that coconut oil contains more than 80% saturated fat, more than twice the amount found in lard, and 60% more than is found in beef dripping.

Historical studies on coconut oil being noted to raise LDL cholesterol (AKA bad cholesterol) are slightly misleading, on closer inspection, the coconut oil being used in these studies has been hydrogenated. Hydrogenated coconut oil becomes completely devoid of essential fatty acids (EFAs), diets deficient in EFAs can potentiate the formation of atherosclerosis markers.

EFAs are made up of omega 3 and omega 6 oils.

Omega 3, made up mainly of EPA, DHA and ALA, commonly found in oily fish has many beneficial properties including EPAs anti-inflammatory properties, aiding inflammatory driven conditions such as arthritis and eczema and DHAs cell membrane health, promoting eye and brain health, protecting against depression and Alzheimer’s disease. Deficiencies have been linked to ADHD and also play a role in heart health because DHA can lower blood pressure and increase beneficial HDL cholesterol (AKA good cholesterol).

The Omega 6 group are also vital for brain growth and development. The problem is we eat far too many of them, they’re in virtually everything we eat and hard to avoid. Too much dietary Omega 6 can stop Omega 3 from working and is a major driver of illness and inflammation.

Worryingly, only 150 years ago the ratio of Omega 3 to 6 in our diets was 1:1 – now it’s closer to 1:15 and as high as 1:25 in the US. This is mainly due to the over consumption of processed foods and vegetable oils. This is the major culprit for the inflammatory driven conditions that are so prevalent today including atherosclerosis or high cholesterol.

So getting back to coconut oil, lets talk about its nutritional components. Although as mentioned above, it does contains high amounts of saturated fats, the majority of these fats are made up on medium chain triglycerides (MTCs) of which lauric acid is the most dominant. This is the part that gives the oil its creamy white colour in its stable or solid state. The other MTCs contained in coconut oil are capric acid, caprylic acid and caproic acid, together they make up 68% of the total saturated fat content.

Because of the shorter chain length of the fatty acids MCTs can be broken down rapidly and absorbed in the body. They travel straight to the liver and can be used as an instant source of energy or turned into ketones which is a substance produced when the liver breaks down large amounts of fat in the presents of less than 50g of carbohydrates. Ketones are chemical messengers that tell your body to burn fat; they’re also a by-product of burning fat. Ketones are anti-carcinogenic, anti-inflammatory and they’re a cleaner source of fuel than carbohydrates, which can cause your energy to crash.

Cold-pressed coconut oil contains a small amount of vitamin-E, and other tocopherols, which plays an important role in preventing the oil from turning rancid due to it antioxidant properties.

So you can see that due to its content of MCTs as opposed to unstable polyunsaturated fats found in liquid oils, it actually plays and extremely beneficial role in our body which is proving to have many beneficial results on our health.

I for one am content with my choice in oil and would gladly make it my first choice over the highly hydrogenated and unstable fats such as vegetable oils, palm oil and rapeseed oil. Now you have the information, the informed choice is yours.

nextOur Citrus Friend And 15 Benefits Of The Lemon

Are feeling overwhelmed or stressed about the easi

Earlier this year a randomized clinical trial was

Week 9 Couch to 5K Challenge 🏃‍♀️ I have

Week 8 Couch to 5K Challenge Wow! On the penultim

Week 7 Couch to 5K Challenge This week I'd like t

Week 6 Couch to 5K Last week I discussed the impo

Week 5 Couch to 5k Challenge Wow, this week was t

This error message is only visible to WordPress admins


Error: Access Token for livingenergynutrition is not valid or has expired. Feed will not update.